The Simeone Foundation Automotive Museum is located in Philadelphia, USA and contains one of the world's greatest collections of racing sports cars.

With a collection of over 75 significant vehicles, the museum was created and has been developed over more than 50 years by Dr Frederick Simeone, with racing classics from Ferrari, Alfa Romeo, Bugatti, Mercedes, Jaguar, Bentley, Porsche, Aston Martin, Corvette, Ford, and many more.

Simeone's love of cars started way back when his father bought him his first car, an Alfa Romeo 6C 2500, and thus his love of cars started. To begin with, he was interested in restoration, but later he realised that actual preservation of cars with original finishes and trim was the route he wanted to take – and the museum idea was formed.

Initially, the growing collection was stored in a private multi-level garage in the centre of Philadelphia, with private tours available on appointment only. As the collection grew, so did the need for a new home, so they eventually moved to their 78,000 square foot building and finally opened to the public as a museum in 2008.

The museum has an annual "Spirit of Competition" award that honours the greatest contributors to the world of motorsports, with recent recipients including names such as Emerson Fittipaldi, Roger Penske, Derek Bell, and Peter Brock. 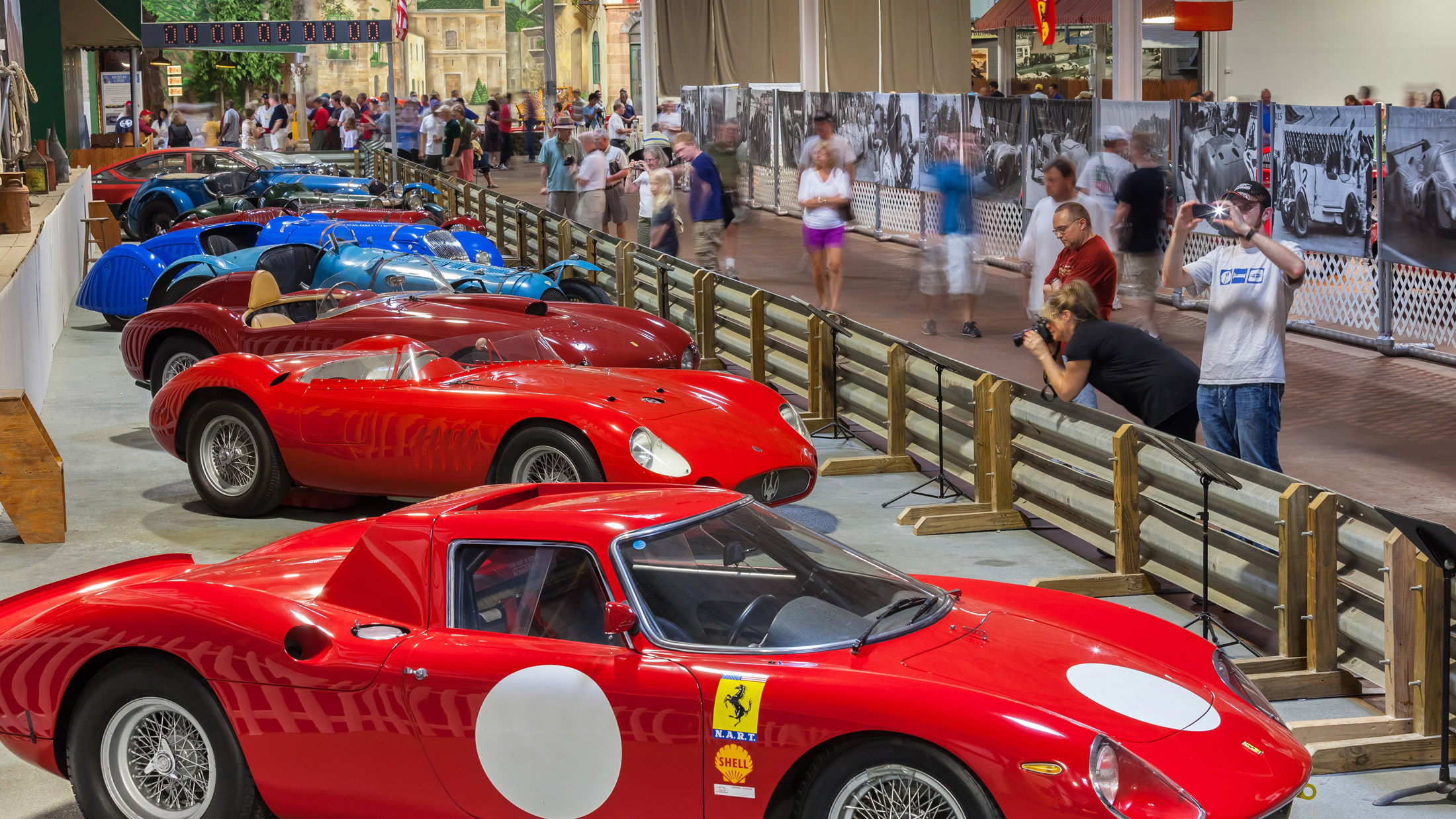 Outdoor "Demo Days" together with other events have attracted great interest and in 2019 the museum was considered to be the number one classic car collection in the world – according to The Classic Car Trust.

So what can you see in the museum? With over 75 vehicles on display, we will highlight just a few here.

The oldest car in the museum is a 1909 American Underslung Traveler and the most recent addition is a 2002 NASCAR Dyno Mule.

All cars in the museum must be sports cars with headlights and fenders, have a history of road racing (not just on track), must be significant in some way or a "winner", and crucially, major components such as the chassis, engine, and body, must be original to the car.

The museum is well worth a visit, so if you are in the area the museum is open Tuesday to Friday from 10 a.m. to 6 p.m. and at weekends from 10 a.m. to 4 p.m. (closed on Mondays) with admission from 8-12 US dollars. However, due to COVID-19 restrictions, you will be required to wear a mask and observe the social distancing measures currently in place.

For more details, we suggest you check out their museum website and updated news section.

The Simeone Foundation Automotive Museum is located in Philadelphia, USA and contains one of the world's greatest collections of racing sports cars. With a collection of over 75 significant vehicles,...