The Lamborghini Miura is a sports car that was produced between 1966 and 1973 by the Italian carmaker Lamborghini. It was the first supercar to feature a rear mid-engined two-seat layout, which then went on to become the standard format for high-performance sports and supercars.

Initially, the car was produced against the wishes of the company founder Ferruccio Lamborghini, who preferred grand touring cars. Even so, on its release, the Miura was the fastest production road car.

Only 764 of these 2-door coupes were built, featuring a 5-speed manual transmission, with the prototype P400 being showcased at the 1966 Geneva Motor Show where it made an immediate impact and was hugely popular. 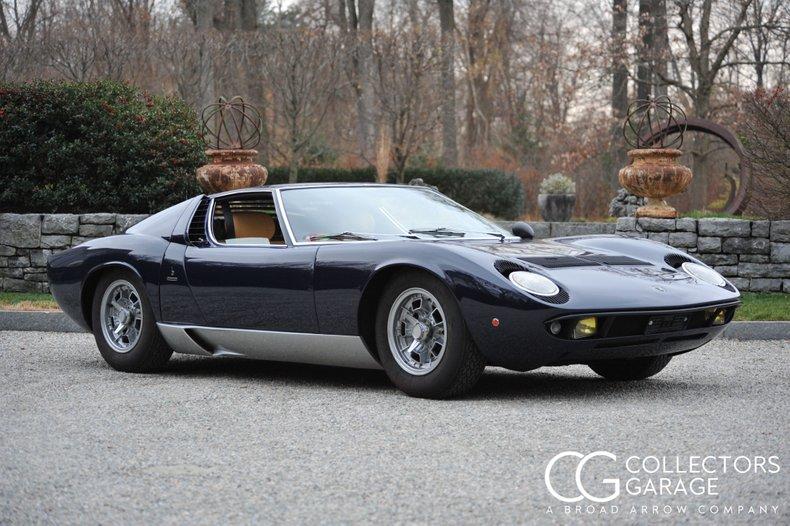 The Miura soon became the flagship for Lamborghini, receiving various updates right up until production ended in 1973, where it was succeeded by the Lamborghini Countach.

With its V12 engine and rolling chassis, the Miura was named after a famous Spanish fighting bull, which also featured in the new badge of the company. In the opening sequence of the original Italian Job movie in 1969, the Miura was chosen as the car to be featured, thus gaining the worldwide attention of auto enthusiasts.

The car's engine was also featured in a rock song by Van Halen in 1984. In the song Panama, a 1972 Miura S was recorded revving up, with microphones attached to its exhaust, resulting in the engine sound being used on the record. A Miura SV also appeared in the 1997 music video Alright by Jamiroquai.

The prototype also proved very popular in 2008 when it won the highly prestigious Gran Turismo Trophy at the Pebble Beach Concours d'Elegance and was also recreated for use in the Gran Turismo 5 video game.

Various versions of the Miura appeared over the years including the P400S (also known as the Miura S), the P400SV, the P400 Jota, the P400 SV/J, the Roadster, and the P400 SVJ Spider – with some of these models just being one-off examples - together with more recent concept and special edition cars.

The Miura is low, small, lightweight and very powerful with a top speed of just over 170 mph. It remains one of the most sought after supercars in the world today. The launch of the Miura started a long-running battle with Ferrari, often competing for the world's fastest car title.

Considered to be one of the most beautiful sports cars ever made, there have been several celebrity owners over the years, including Frank Sinatra, Miles Davis, and the Shah of Iran, to name just a few.

You could get your hands on one too as one of our exclusive American dealers has a 1968 Lamborghini Miura P400 for sale right now! You can find it at the Collectors Garage (A Broad Arrow Company) 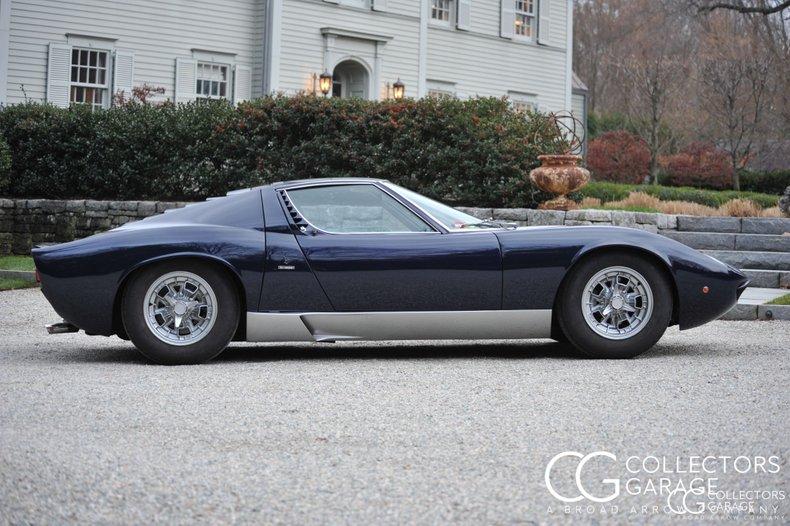 This matching numbers P400 is well worth a look as a fine example of the legendary Lamborghini Miura.

If you are a dealer looking to get your stock noticed worldwide then we have some great advertising offers available through our website, newsletter and social media channels.

Contact us today using the details below and get your stock seen by thousands of potential customers.

To discuss and explore opportunities to reach, target and engage with our global audience please contact me.
Nick Aylieff | Classic Motors For Sale | +44(0) 2392 160 809 | |  www.classicmotorsforsale.com|