There are few cars as iconic as the original Range Rover. The design is so well respected and recognized, it was the first vehicle exhibited in the Musée du Louvre in Paris as an “exemplary work of industrial design”. In 1966, Rover engineers Charles Spencer King and Gordon Bashford began development on the up-market Land Rover. It was designed for those well-heeled clients who wanted something more civilized for their country estates. It was to drive like a Rover saloon on the road and tackle difficult terrain like a proper Land Rover.

The “Range Rover” name was coined by stylist Tony Poole, who aided David Bache on the design of the car. David Bache’s design was highly secretive, and vertical panels with lights were attached to guard the styling from spying eyes and cameras. But Rover management liked the look with the vertical panels, and that is what was pushed towards production. The disguise became the design!

The Range Rover would offer permanent four-wheel drive, coil-sprung suspension all-around with long travel, a lightweight all-alloy 3.5 V8 (licensed from General Motors), and a steel box frame with aluminum panels. Rover did years of extensive testing around Europe and North Africa. The production vehicle was released to the press on June 17th, 1970, and was an instant success. The early cars had washable floors and vinyl seats and were at home on a plowed field or cruising the motorway.

As the years went by, the cars became more and more luxurious, with wood, leather, power windows, air conditioning, and other coddling amenities. In 1981, a second set of doors were added, and the Vogue model began its availability that year. This was in collaboration with the famous fashion magazine, and very indicative of the Range Rover’s clientele. The Vogue model was the most luxurious and accessory laden model available

This 1984 Vogue model offered here, chassis number SALLHAMV4AA140938, has all the refinement the model was famous for. It was a grey market car imported to Texas in 1985 with 15 miles on the odometer, and it was driven for a few years when the all-alloy motor suffered a catastrophic failure, around 41000 miles. The owner started to take the motor apart but then lost interest. It sat in the garage for many years until finding its way to an engineer, and English car aficionado, who brought it back to life. He decided to make it a no excuse Range Rover, one that could handle the hot weather of Texas; air conditioning keeping everyone cool, towing classic cars if need be, and taking the family on adventures, no matter the terrain. The motor was rebuilt, the problematic three-speed automatic was swapped out for a proper 5-speed manual, the air conditioning was updated, the radiator was updated, and a modern fuel injection system was added. The car now has 48k on the odometer and runs and drives very well.

The paint is all original on the car except where we had to have the door ends painted (large reflector protectors were removed, and the paint was damaged underneath). The glass and trim are all original, though some of the black around the windows has been touched up. The interior is very clean and presentable. The velour seats are comfortable, and the classic Range Rover commanding driving position is great in modern traffic. The car’s condition confirms its low mileage. This generation of Range Rover will always be the classic and iconic range rover, and towards the end of its production Range Rover called them the “classic”. This car is altered but only to highlight what is most special about these vehicles. The Range Rover comes with owner’s manuals, paperwork, receipts, and a British Motor Industry Heritage Trust Certificate. 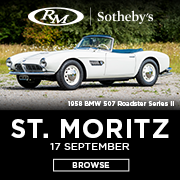