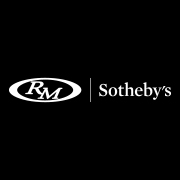 Chassis No. ZFFTG46A7S0103291 Creating a successful movie sequel, producing a follow-up album, or becoming a repeat champion in sports can be the challenge of a lifetime, so please spare a thought for those Ferrari employees who were tasked with creating the successor to the Ferrari F40. Think about being in a room with an F40 and asked to improve on THIS, as a Ferrari employee gesticulates wildly at an F40. Good luck. The F50, so named as Ferrari’s 50th birthday present to itself, and the successor to the F40, had to be as wildly new and exciting as the F40 was when it was released in 1987. Rather than improve on the F40, Ferrari elected to start with a clean sheet design with assistance from Scuderia Ferrari, their Formula One team. It’s a good thing that Ferrari’s road car division had a Grand Prix team in the same building… and their own test track. Beginning in the early 1980s several Formula One teams began to experiment with carbon fiber and Kevlar composites not just for lightweight body panels but also for structural components and the main component monocoque safety-cell. These designs rapidly spread throughout Grand Prix racing with Ferrari joining in with their 1981 “126C” Grand Prix car. By the time the F50 program began Ferrari had a decade’s worth of experience molding carbon fiber and Kevlar designs and the F50 was a natural outlet for this racing expertise. It wasn’t just the Grand Prix composites division that helped out. The suspension featured a pushrod system and wishbones with rod-end heim joints, all controlled via electronics with ride-height adjustment. The Pininfarina designed body also had input from the Scuderia with focus on lightweight and aerodynamic efficiency, all hallmarks of Formula One. The F40 had an extremely torquey and powerful twin-turbo V8, the F50 featured the “Tipo F130B”, one of best sounding, road-going engines of all time. This special V12 engine, or rather the block it’s based on, is directly derived from Ferrari’s 1990 Ferrari 641 Formula One car. It was bolted to the back of the monocoque making it a stressed member of the chassis and the rear suspension was hung off the six-speed manual transmission, another weight saving tip from Formula One. The V12 revved to 8,500 rpm creating 520 horsepower. It was a stunning follow up to the F40, perfectly suited for the 1990s. This time Ferrari held true to their word on an announced production of 349 examples, famously, one less than the company believed that they could sell. Chassis number 103291 is a particularly outstanding F50, documented by marque historian Marcel Massini. Finished in Rosso Corsa over Nero, this F50 is a very early example with denoted internal Ferrari build number 012 / 349. Massini reports the factory build began on 18 September 1995 with completion listed two months later. On 22 December 1995 the first owner accepted delivery of this F50 at Ferrari of San Francisco, just in time for the holidays. Since delivery into the 2000s the original owner clearly enjoyed the California weather in the open-topped V12 with Carfax indicating a “recommended maintenance” service visit at 4,294 mi on 30 January 2004. According to the Massini report the car changed hands around 2009 when it traveled just south to the San Diego, California area. The car saw a number of trips to Ferrari of Newport Beach for services in 2009 at around 4,360 miles. Carfax reports at 4,671 miles this F50 sold to the third owner in 2012, making the trip to Houston, Texas to enter a very large and impressive collection of Ferraris and other exotic sports cars. While in Houston this special Ferrari visited Ferrari of Houston between March 2015 and February 2016 at 4,828 miles for another engine out “major service”. Service work over two separate repair orders and a Ferrari Classiche application during this period totaled just over $68,000. In August 2020, at 4,879 miles, this F50 returned to Ferrari of Houston for a partial interior retrim of the dashboard and back panel trim. During the same visit, the third owner requested an inspection for an annual service. The F50 received fluid flushes, new tires, and a complete air conditioning leak check and system recharge at just over $6,000. In preparation for Broad Arrow’s Monterey Jet Center auction, the car according to the history file, once again returned to Ferrari of Houston at 4,882 miles for a “full technical inspection” and “annual service” completed 30 June 2022 with a service-out mileage of 4,891 at a total cost of just under $11,000. It should be noted that this F50 features a replacement Tubi exhaust system, yet the original exhaust system remains with the car should the next caretaker wish to return to original specs. In recent years the Ferrari F50 has continued to grow in popularity. It is rightfully recognized as the rare and technically advanced supercar that it always was, benefitting from Grand Prix level engineering and expertise to create, as Ferrari puts it, “The extreme machine of the nineties.” One of just 55 USA specification models, this Ferrari F50 benefits from a continuous chain of ownership along with generous and regular maintenance. A recent annual service together with a Massini report and Ferrari Classiche Certification in addition to a number of important and original pieces, including luggage, hardtop in its original F50 branded flight case, and both complete factory tool kits highlight this F50 as surely one of the best to become available in recent years. 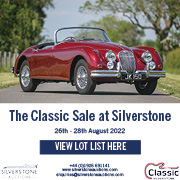 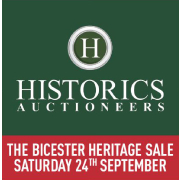 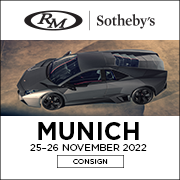 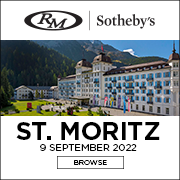 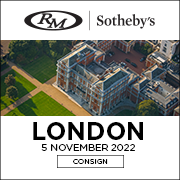 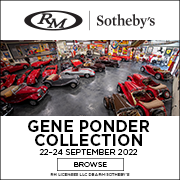 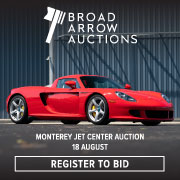