Let's start at the beginning. In the Netherlands, between The Hague, Rotterdam and Hoek of Holland, there is a town called De Lier. De Lier is located in the Westland region.

Westland is mainly known for horticulture. Large greenhouses where all kinds of crops are grown. Vegetables such as tomatoes, cucumbers, peppers, but also flowers. Chrysanthemums, Lilies, Orchids. Joop Stolze used to be a greenhouse grower too. When he was twenty he started his own business. He grew orchids and then sold them. A real family business which he ran together with his wife and a few employees. At that time, the work of growing orchids was mainly done in winter. This was mainly due to the temperature that Orchids needs to bloom. So there was time left in the summer.

Together with his 2 brothers, Joop Stolze traveled to England in the summer of 1976. He had seen an advertisement in a car magazine for a 1958 Triumph TR3a. The car was in good condition and was advertised at 1200 guilders. Joop bought the car and then drove it back to the Netherlands. Why a TR3a? When Joop was 13 years old he attended a car show in Amsterdam and saw a brand-new Triumph TR3a and he told himself: “When I grow up, I want to buy such a car for myself!”

A second car soon followed, a Jaguar MK2, followed by a third, a Jaguar XK. At one point he had several cars and an acquaintance passed by and asked if he could buy it. Joop ended up selling it and went looking for another car. Every time he sold a car, he bought a new car. To seek and find these treasures gave him a certain kick. As the car trade evolved there came a point at which Joop could no longer combine orchids and cars. He was working almost day and night so something had to change. He ended up selling a part of his greenhouse and continued to dedicate his time to classic cars full-time.

Nowadays the Internet allows you to view car ads from all over the world, but that used to be different. Back then Joop had subscriptions to many international car magazines which he read from cover to cover. He would read and compare every ad. The ball started rolling, and as his circle of connections in the industry kept growing he would receive more and more interesting opportunities.

He increasingly imported cars from America. Not only because the dollar exchange rate was favorable, but mainly because of the wide choice. There was so much for sale in that huge country! As time progressed the profession became more serious for Joop. His greenhouse was getting increasingly crowded, however not with orchids, but with Porches, Mustangs, Packards, Jaguars, Ferraris, etc. Also, more and more rare models were added. A 1935 Packard of which only 14 were made. An Apollo of which only 40 were made and so on. 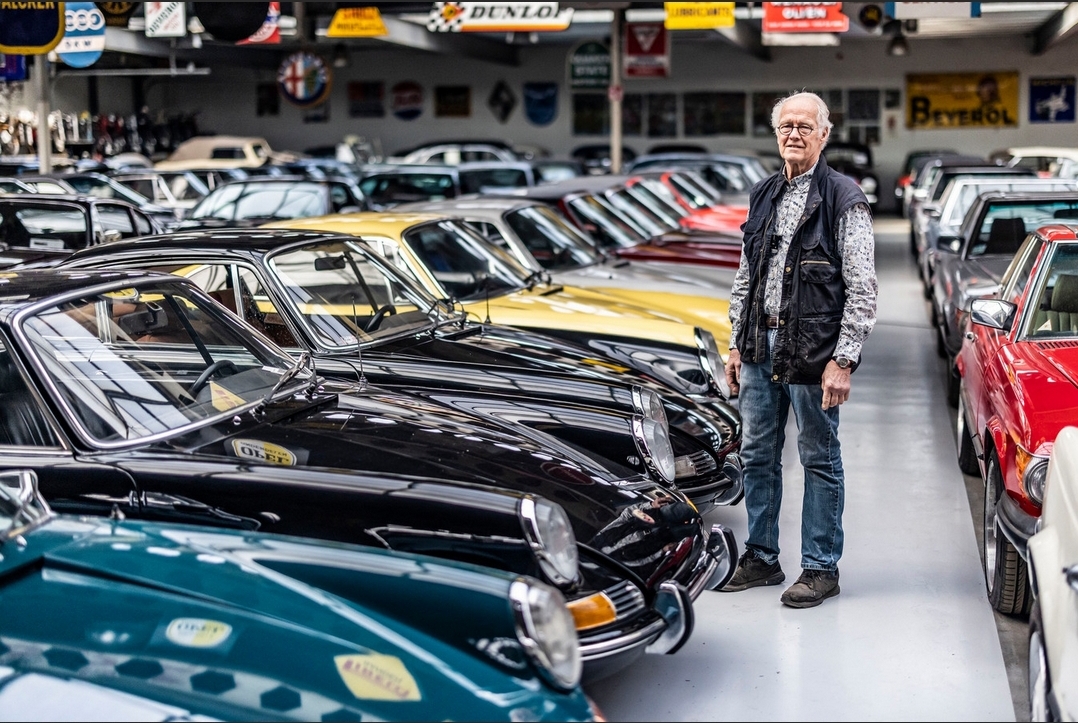